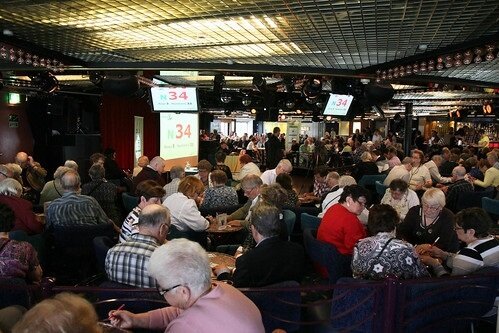 Online bingo is swiftly rising to match the popularity of its land-based predecessor in almost every way. The pastime is arguably more popular than it has ever been, and studies have shown that it is attracting a wider demographic of players, which includes millennials. The industry has grown rapidly in the last ten years, and according to reports, it is continually claiming a bigger share of online gambling revenue. It has reached this stature by successfully mirroring the bingo hall experience, while at the same time offering new things to online players.

How Is Online Bingo the Same as Live Bingo?

When bingo moved to an online setting in the 2000s, it had to do a lot of the same things as live bingo in order to attract loyal players of the game. For this reason, the bingo offerings are the same, with 90-ball and 75-ball variants of the draw. The game is played as it always has been, with numbers being called out while players eliminate them on their cards.

One of the most notable things about bingo halls is the fact that they are renowned for being social settings, where players can meet up and have a chat with friends. Recreating this social experience has perhaps been one of the hardest things for online bingo apps to achieve, but there are some brands which have succeeded in mirroring the classic bingo atmosphere. For example, the Buzz Bingo app has a live bingo section which emulates the buzzing bingo hall feel. There is a sense of community on the site, and players can even meet up in the physical club locations related to the brand as well.

It is clear that bingo operators are continuing to improve and enhance the social side of the game, and this will be done as new technology emerges. Platforms like augmented and virtual reality may soon be used to make players feel as if they are sitting in a bingo hall.

Bingo sites kept a lot of things the same in order to keep the loyal players coming back, but they have had to do a number of different things to attract a brand new group of players. With mobile players having access to over 2.2 million apps in the App Store, the games market is highly competitive. For this reason, bingo app designers have had to offer a much more varied selection of games in order to bring in mobile gaming audiences.

This has led to a rise in the number of pick-up-and-play style offerings at bingo sites, which include slot games and scratch cards. When bingo operators use games from well-known iGaming developers like Microgaming, they can compete with online casinos for players.

Bingo apps may not have managed to fully mirror the bingo hall experience yet, but they are getting close. The online version of the game is still evolving, and operators are looking at better ways to recreate the social atmosphere of bingo halls. In many ways, though, online bingo apps have surpassed the brick and mortar locations which came before. Especially in the number of games on offer.