Can Mucho Gusto Earn The Night And Day At The 5th Pegasus Cup Running? 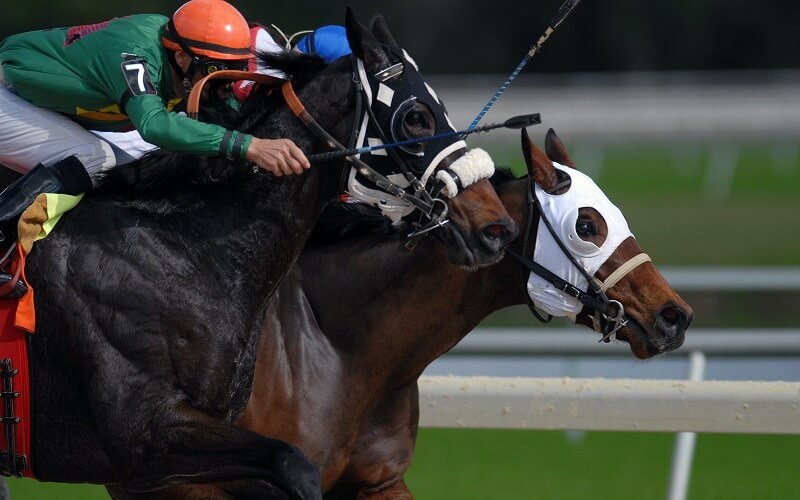 Can Mucho Gusto Earn The Night And Day At The 5th Pegasus Cup Running?

Despite the list extension given by the Pegasus World Cup to add intensity to the competition, several horses are working out to breeze their best for this million-dollar horse racing event. Some of the initial invitees are attending significant races, which will help boost their odds as they enter the Pegasus this weekend.

When Charlatan left the Pegasus in preparation for the Saudi Cup, Sleepy Eyed Todd stepped onto the list after winning the Mr. Prospector Stakes. Besides, Mr. Freeze, True Timber, Jesus’ Team, and Knicks Go are rounding up their racing forms to get the best starting gate position when the competition starts on the 23rd.

As most of the participants buckle down to get their homework done in preparation for the Pegasus, the reigning titleholder Mucho Gusto has recently earned another title at Santa Anita last January 18, 2021, at the Megahertz Stakes. This win confirms his position as the horse to beat at Gulfstream Park, and as you bet on him in sportsbooks like TVG, he will very likely come out victorious. Let’s get to know him better.

This Mucho Macho Man’s successor is the reigning Pegasus Cup titleholder. He was invited back this year to defend his title. If he can make it, the Pegasus will have the first-ever back-to-back titleholder in history. The Pegasus Cup will hold its 5th season this weekend, and is sure to grow more in years to come.

Mucho Gusto is a five-year-old colt owned by HRH Prince Faisal Bin Khaled. Additionally, he is bred by Teneri Farm Inc., trained by Bob Baffert, and ridden by John R. Velazquez. He has accomplished thirteen horse racing games where he earned six titles and eight significant placements. Also, his current earnings are at $3,953,800.

Despite his absence in the Triple Crown Series and Breeders’ Cup last year, Mucho Gusto ranked 6th among other racehorses via earnings. Bob Baffert has long been known to produce the best-thoroughbred racers on earth, and indeed, Mucho Gusto is not an exception.

Mucho Gusto started honing his horse racing skills in September 2018 at Los Alamitos, where he won the Maiden Special Weight. Not long after, he stepped into his first stakes race competition last November 17, 2018, at Bob Hope Stakes with a blow out victory against his rivals. Adding to his achievements in 2018 was a second-place win at the Los Alamitos Cash Call Futurity.

Moving on to 2019, Mucho Gusto competed at the Robert B. Lewis Stakes and had started the year strong by earning the title. He then headed to the Sunland Park Derby and finished in third place but bounced back at Lazaro Barrera Stakes and won the show. Afterward, he continuously won at the Affirmed Stakes while earning three significant places at Haskell Invitational Stakes (2nd), Travers Stakes (3rd), and Oklahoma Derby (4th).

Last year, Mucho Gusto added three horse racing achievements to his resume. He dominated the Pegasus Cup in 2020, leaving the returning players this year: Tax and True Timber. After his Pegasus win, he headed to the Saudi Cup and landed a 4th place win while getting the same triumph at San Antonio Stakes. On January 18, 2021, Mucho Gusto won the Megahertz Stakes to boost his form, entering the Pegasus in the defending slate with the most impressive odds.

One of the reasons why Mucho Gusto can win the Pegasus title twice in a row is his boosted horse racing form. As a multiple graded stakes winner, Mucho Gusto is one of the few racehorses that can saddle up both in turf and dirt track without slowing down. He also carefully chooses the competition he joins and makes sure that he gets the best start at the gate to win the race.

Next to him is a Hall of Fame Trainer, Bob Baffert. This man is known in the horse racing community to bring out the best colts and win racehorses. As he sent Mucho Gusto to the 5th Pegasus running to defend a back-to-back title, there is a huge chance that this horse will perform a historic stint at Gulfstream Park.

Every year, racehorses do their best, earning the most prestigious title to add to their resume. Many horse racing tournaments happen all-year-round, which paves the way to giving honor and pride to the colts who wanted to nail an impressive finish for their thoroughbred career.

The Pegasus World Cup Invitational is one of the most prominent racing events globally, although it has been fairly recent since it was introduced to the horse racing community. As Mucho Gusto returns this year to Gulfstream with a more solid form, can he sustain an excellent speed that will help him dispatch his rivals and make historic back-to-back wins? Or, will it be a typical Pegasus run much like the past editions?

Betting on MLB: Understand the Favorites and the Underdogs